Karters stream in by the hundreds for the start of the 2019 season at Daytona International Speedway.  For many it’s a chance to escape the freezing temperatures of their hometown for the warm Florida sunshine.  That may sound like a line from a tourist brochure, but families from across the country flock to the Sunshine State to compete in World Karting Association’s Daytona KartWeek in hopes of bringing home a 1st place trophy.  This event which historically runs in the days separating Christmas and New Year’s Day, has become an annual adventure for most of these racing families.  While many of these go-kart drivers aren’t even of legal age to drive on the streets, they come here to experience the sights and sounds of the mecca of racing.  Many stars got their start by competing in Daytona KartWeek events including Marco Andretti, Tony Stewart, Brian Vickers and Bobby Labonte.

To start off the race weekend Race 3 brought out an impressive amount of karters to the grid.  The CIK LO206 Sprint class had 28 drivers ready to battle for the checkered flag.  As the drivers took to the front straight away on the 1st lap there seemed to be a couple of packs that had formed from the drop of the green flag.  Leading the front pack and taking advantage of the draft was Jeff Hoff and James Vanderzee followed by Todd Horton and Justin Vanderzee.  Also holding his own on the outside of the pack was Richard Hoff.  By the 3rd lap #290 Richard Hoff and #104 Matt Turner had taken the lead coming into the horseshoe on the road race course. Followed by Jeff Hoff, Todd Horton, and both James and Justin Vanderzee.  Unfortunately, Justin Vanderzee found himself in the grass but was able to recover and join the rest of the pack.  Regrettably around the 17-minute mark an accident occurred, and the red flag was brought out.  Since the race was more than halfway done, the race was called, and the drivers were brought in.  The final outcome of the race was Richard Hoff bringing home the 1st place finish, while James and Justin Vanderzee took home 2nd and 3rd.

Sunday’s CIK LO206 class was just as exciting but was time reduced to 20 minutes due to the heavy fog that plagued the track on Sunday morning.  With less time to race the pressure was on for many of the drivers to be part of the front pack.  Coming into the road race portion of the track the lead pack consisted of Matt Turner, Justin and James Vanderzee, Jeff Hoff and Jerry Turner.   Todd Horton and Quincy Smith brought up the rear in this group of racers.  For what seemed like just a few laps these drivers battled back and forth with various lead changes on every lap.  But in the end #300 Jeff Hoff took the checkered flag, while Justin Vanderzee and Matt Turner took 2nd and 3rd.

While Race 4 did not bring out a huge number of racers among the 4 different classes, what it did bring to the grid was tons of racing experience and too many 1st place trophies to count.  Among the drivers in these classes were the Fulks brothers Randy and Rick.  The Harper family, Robby and Robby Jr. and the Brown family, Jamey and John.  Margay owner, Keith Freber who has attended 37 Daytona races as a driver since 1982.  Also, veteran racers Brad Zoeller, Allen Cox and Jim Farr Jr. brought their A game to the track hoping to secure a 1st place finish.  Matt Michel ended up driving for Robby Sr in the #52 kart.  Right out of the gate in the B stock class Rick Fulks took a 4 sec lead and never looked back.  He held that pace for the entire 25 minutes and ended up taking the 1st place finish followed by Allen Cox and Jim Farr Jr.

The Yamaha Senior class had a very intense race between veteran drivers Randy Fulks and Keith Freber, and Mid-West KART member Rusty Benson. Coming off the 1st lap Randy Fulks had somewhat of a lead on Freber and Benson, but that was short lived as they caught up to Randy after the second lap. While Randy held onto his 1st position, Freber and Benson battled back and forth throughout the entire race for 2nd position. In the end Randy Fulks took home another 1st finish while Keith Freber took 2nd and Rusty Benson brought home a 3rd place finish.

The TaG Heavy class in Race 5 brought a whooping 26 drivers to Daytona to fight for the right of 1st place. With this many drivers there was bound to be some good racing. Coming off the 1st lap Jason Lorang had a good lead on drivers Matt Cherry and Brad Adams. In the second group which was close behind, Scoot Cherry, Jeff Bierman, Steven Hefley and Nathan Wilkins were fighting to gain position over one another. About halfway through the race, positions had changed but Jason Lorang was still holding strong on his 1st place position. This time Steven Helfley had moved up to 2nd place while Matt and Scott Cherry were vying for that 3rd place position. This battle continued until the very end where Jason Lorang brought home the checkered flag and Steven Helfley and Nathan Wilkins took 2nd and 3rd.

Sunday’s TaG Heavy race also brought a ton of good ole fashion racing with 29 karts on the grid.  Coming around the 1st lap, John Brown was in the lead followed by Tiffany Fisher, Brad Adams and Jeff Bierman.  Leading the way in the 2nd pack was Jason Lorang Dennis Whittaker, Brandon Rodriguez and Steven Hefley.  By lap 3 positions had changed as Tiffany Fisher took the lead with Jeff Bierman and Jamey Brown hot on her tail.  Steven Hefley was also closing in with 4th place.  Coming into the halfway point of the race Jason Lorang had made a huge leap to take the 1st place position while Tiffany Fisher fell back to 2nd place.  John and Jamey Brown held strong in 3rd and 4th.  As the checkered flag came out Jamey Brown had taken the lead from Jason Lorang who was only 0.016 of sec behind him while fellow teammate John Brown came in a very close 3rd place.

The Unlimited class not only brought out 18 drivers to the grid, but they also brought the speed.  Veteran racer Johnny West took an early lead and kept it with an impressive 1 minute 54 second lap time.  Following him on the 1st lap was #73 James Skyers, #42 Michael Tracy, #23 Jim White and #420 Chuck Gilbert.  By lap 4 both Brian Wilhelm and Mitch White who were in 7th and 8th place had jumped into the 2nd and 3rd spots.  These positions were held until the checkered flag was thrown with Johnny West leading Brian Wilhelm by 32 seconds.

Sunday’s Unlimited class brought out even more racers for a total of 21.  Once again Johnny West brought the speed with an even faster lap time than Saturday’s race.   Again, he took an early lead followed by Rick Fulks, Brian Wilhelm, Patrick Olsen, Larry Dobbs, and James Skyers.  Unfortunately, Patrick Olsen and Rick Fulks were only able to get 1 lap in.  By the halfway mark it seemed as if we were watching the same race as Saturday with Johnny West in 1st place.  This time Brian Wilhelm was hot on his trail with only 1 second separating the 2 racers.  In the end that second was just enough for Johnny West to secure another 1st place finish.  Brian Wilhelm and Mitch White once again snagged the 2nd and 3rd place finishes.

The IAME Sprint class was full of excited and well as controversy as 26 racers lined up to take the green flag.  As the racers came around to take the green flag on the straight away Jamey Brown lead the lead pack followed by John brown and Scott Cherry.  Not too far behind was the 2nd group led by 17 year old female racer Paige Evans.  Hot on her tail was Tyson Knight, Matt Cherry and Jason Lorang.  Coming into lap 4 which marked the halfway point of the race, Jamey Brown still held the lead over teammate John Brown and Scott Cherry.  The 2nd group was gaining ground still led by Paige Evans with Jason Lorang now behind her, followed by Tyson Knight and Nathan Wilkins.  As the checkered flag was thrown racers John Brown and Scott Cherry made a play for 1st place and took the win with Jamey Brown taking 3rd.  Unfortunately following a post-race DQ of the top 3 places, the win went to Paige Evans while Jason Lorang and Tyson Knight came in 2nd and 3rd.

With Saturday’s controversy looming over everyone’s head the IAME class took to the grid on Sunday hoping for the same excitement but with a lot less drama. As the drivers exited turn 4 on the 1st lap the lead pack was led by Jason Lorang and Brian Fisher. Brian Adams and Cole Peschang were close behind in the 3rd and 4th positions. As the 2nd group came around it was led by none other than 17-year-old Paige Evans with teammates Jamey and John Brown following suite. As the racers started lap 3 positions had changed once again. Paige Evans now led the pack with the Jamey Brown next in line. With a little distance between them Scott Cherry was leading the charge for the 2nd group followed by Cole Peschang and John Brown. Coming into lap 5 Jamey Brown had taken over the lead position with John Brown and Jason Lorang hanging onto 2nd and 3rd. As the checkered flag was thrown the winner on Sunday’s IAME race was John Brown with Jamey Brown 2nd, Cole Peschang 3rd, Scott Cherry 4th and Paige Evans rounding out the top 5.

About World Karting Association (WKA) – Since 1971, the World Karting Association has provided a venue for racers to enjoy all aspects of Karting in the USA. Providing regulations, instruction and venues for fair and safe karting competition in the USA, WKA has a place for everyone in karting. Whether you want the pure thrill of speed and the competition of racing, or the atmosphere of family and friends, or the ethics of learning to work karting events, WKA and karting are for you! 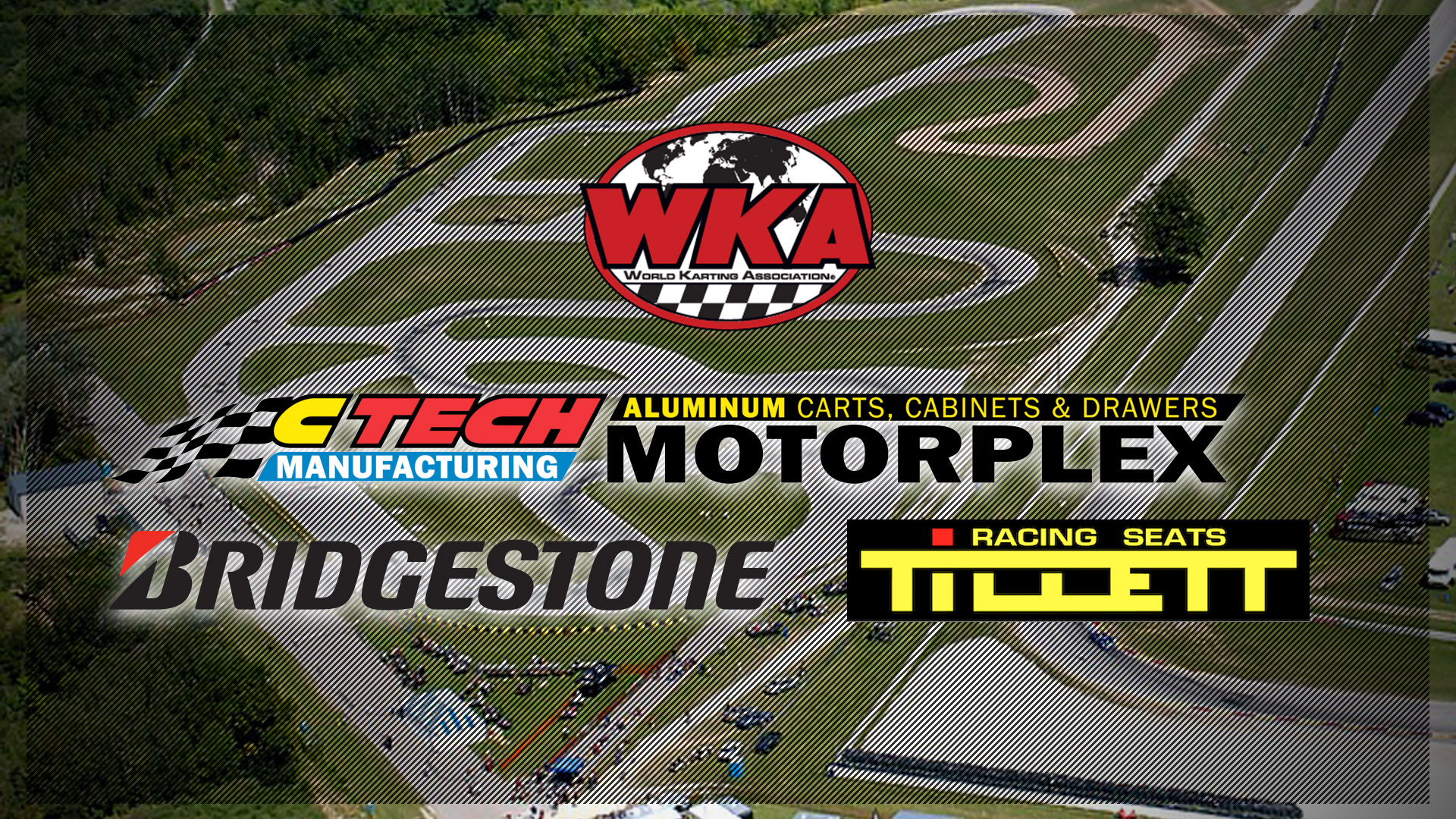 World Karting Association's national Manufactures Cup Series presented by Bridgestone Tires and Tillett Racing Seats is gearing up for their third round hosted at the CTECH Motorsports Complex inside the famed... 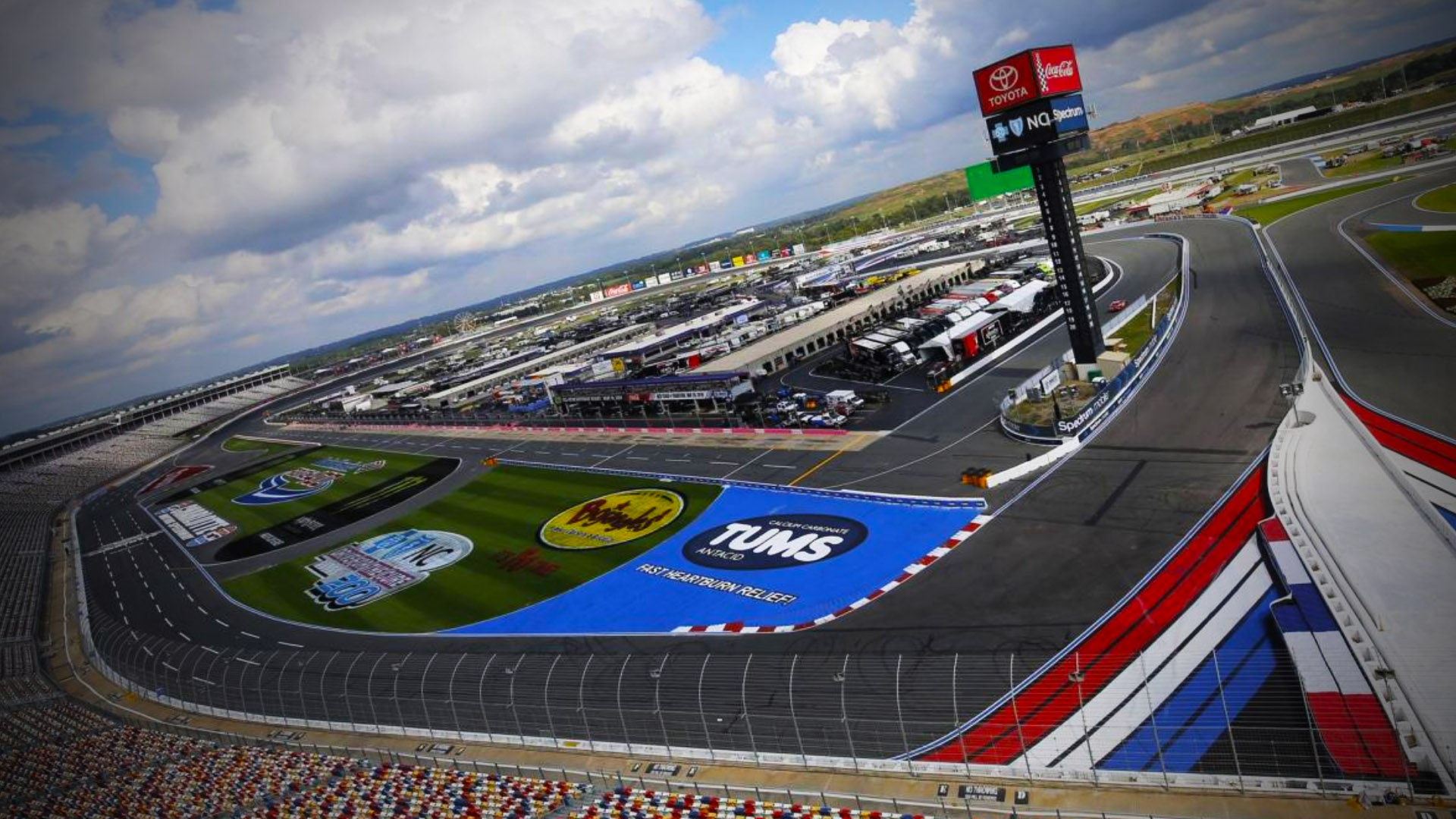 WKA Returns To Chartlotte With All Three National Programs